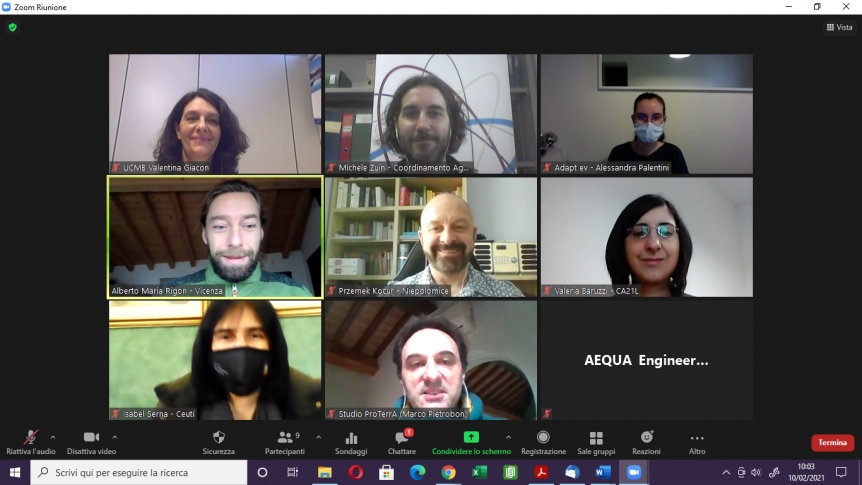 The Unione dei Comuni del Medio Brenta, partner of the LIFE Veneto ADAPT project, Ceutí (Spain) and Niepołomice (Poland) are the institutions that met yesterday (10 February) as part of the “Call for Twinning” initiative promoted by the LIFE project.

For the Niepołomice Council there was Przemysław Kocur, Specialist for International Cooperation and European Projects and for the Ceutí Council Isabel Cerna of the EU Project and Energy Team. On the video call there was also Michele Zuin of the Coordination of Italian Local Agendas 21 that presented the LIFE Veneto ADAPT project and Alberto Rigon of the Comune di Vicenza who coordinated the meeting.

After the presentation of the initiatives being implemented by the Unione dei Comuni del Medio Brenta as part of the Veneto ADAPT project, an exchange of knowledge and ideas took place on matters of adaptation and the resilience in general of urban areas.

Among the main topics discussed and to be covered in the next meetings: ways of involving the participation of citizens to make cities more green and resilient, growing and improving urban greenery in areas with high urban density, sustainable public and intermodal freight transport and energy poverty.