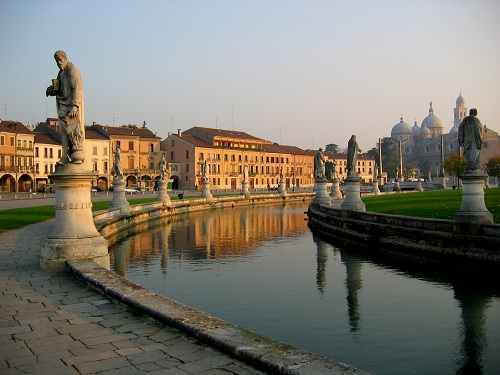 The Sustainable Energy and Climate Action Plan  (SECAP) has just been approved in Padova City Council. With this instrument the Municipality of Padova plans its actions to react to climate changes, achieve the ambitious reduction of 55.3% of CO2 emissions by 2030 (in line with what was approved by the European Council in December 2020) and progressively reach climate neutrality by 2050.

The whole process – from the analysis of vulnerabilities to the identification of shared adaptation actions and the structured monitoring system – has been developed thanks to the European project LIFE Veneto ADAPT, which has involved the cities of Padova, Vicenza, Treviso, the metropolitan area of Venice and the group of Municipalities of Medio Brenta (Cadoneghe, Curtarolo, Vigodarzere) working in synergy with the technical support of the Coordinamento Agende 21 Locali Italiane, IUAV University of Venice and Sogesca srl.

The approval of the SECAP is an important step for cities to achieve the goal of increasing their territorial adaptive capacity to climate changes and to address resilience policies, primarily through sustainability choices.

The SECAP of Padova consists of 116 actions, 83 of which address climate change mitigation and 33 climate change adaptation. Adaptation policies will therefore play a central role in the Municipal Action Plan. The measures will be mainly focused on the preventive management of extreme climate events, including heat waves during the summer period, and on the implementation of several punctual and diffuse interventions, capable of progressively reducing the negative impacts on the population and the local economy.

The Adaptation Plan covers several areas of intervention: water management, from the reduction of waste to the management of surface water runoff, the reduction of soil consumption and the promotion of urban regeneration, the enhancement of local agriculture and the strengthening of green areas and trees, the protection of health, especially in the most vulnerable segments of the population, the de-sealing of surfaces, the management of emergencies through the Civil Protection Plan.

The approval of the SECAP will be followed by periodical monitoring on the implementation status, to ensure the verification of the actual achievement of the objectives defined and integrated in the plan.