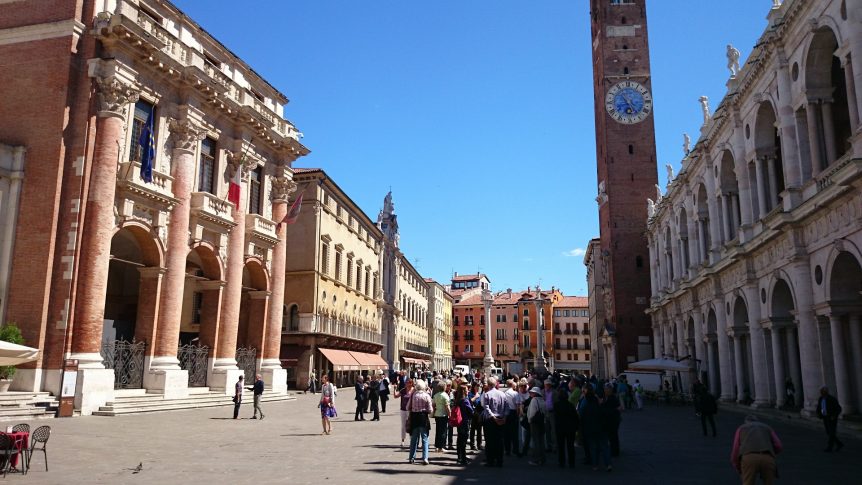 The Action Plan for Sustainable Energy and Climate (SECAP) was approved on 21 October by the Vicenza City Council.

The SECAP of Vicenza was also developed thanks to LIFE Veneto ADAPT project, on which, in addition to Vicenza, the cities of Padua, Treviso, the metropolitan area of Venice and the Unione dei Comuni del Medio Brenta (Cadoneghe, Curtarolo, Vigodarzere) worked in synergy with the technical support of the Coordinamento Agende 21 Locali Italiane, the IUAV University of Venice and Sogesca srl. In addition to many public and private bodies, various community stakeholders who joined the Agenda 21 participatory process were involved in the definition of the Plan.

“The objective of the SECAP” said the Councillor for the Environment of the Municipality of Vicenza, Simona Siotto, “follows those objectives indicated in the UN 2030 Agenda for Sustainable Development, so the reduction of greenhouse gas emissions by at least 40 %, to achieve at least 27% of energy produced from renewable sources and a 27% improvement in energy efficiency through a series of integrated actions of administrative activity, which will involve the entire municipality from both the public and private sectors. The path to adopting the SECAP started in 2005, when the European Community began to call for initiatives to raise awareness on climate change, and continued in 2008 with the Covenant of Mayors and the invitation to administrations to launch the Sustainable Energy Action Plan (SEAP) which the Municipality of Vicenza joined in 2013. In 2019, the city council took a step forward and approved the proposal to join the SECAP, an operational tool outlining the main actions to be taken on the territory, which is structured on three pillars: mitigation, adaptation and energy poverty. This is the starting point for a snapshot of the municipality to be used to identify the actions to be developed.

The plan consists of 46 actions in total. 32 are mitigation actions aimed at reducing CO2 emissions and 14 are adaptation actions to counteract the effects and vulnerabilities of climate change. For example, the reduction of the hydrogeological risk of some ditches in the city, including the hydraulic arrangement and naturalistic restoration in Strada Cul de Ola; the creation of an area with a prevalent environmental vocation such as the Parco della Pace; and the identification of guidelines for the replicability of hydraulic-naturalistic interventions in minor watercourses.

After the SECAP approval periodic monitoring will follow in order to analyze the status of implementation and the effective achievement of the set objectives.